Prerequisites for engaging with the UNFSS

AFSA acknowledges your invitation of 17th September 2020 to be part of the champions group and represent African civil society. At first, we declined, for reasons set out below. However, after careful deliberation, we, the undersigned 36 network members of AFSA, came to a consensus that we would be prepared to engage with the United Nations Food Systems Summit (UNFSS), scheduled to take place in September 2021 in New York, USA, dependant upon the UNFSS agreeing to the conditions set out below.

AFSA initially welcomed the UN Secretary-General’s announcement to convene the world Food Systems Summit in 2021 with profound hope and enormous optimism. The food systems transformation agenda is long overdue, and many social movements and civil society actors, in Africa and globally, have been fighting for systemic and structural transformation of food systems, stressing the urgent need for a radical shift from fossil fuel-based industrial agriculture and corporate monopolies of food and agriculture to food sovereignty and agroecology.

However, our genuine hope for a vibrant, inclusive, and democratic summit on food systems transformation has consistently been eroded. Below, we declare the reasons that pushed AFSA to officially refuse the invitation and set conditions for engaging with the UNFSS summit.

Industrial agriculture is a key driver of biodiversity loss and a significant contributor to carbon emissions. Further, as COVID-19 illustrates, there are complex interactions among deforestation, reduced biological diversity, ecosystem destruction, and human health and safety, in large part driven by globalised agricultural and food systems. Exposure to existing and emerging pathogens, as ecosystem destruction continues and essential protective barriers provided by nature are breached, are tremendous public health threats.

The inextricable connections between climate change, deforestation and industrial agriculture – a prime mechanism of agrarian extractivism and extractivist development – drive social and political instability and food insecurity on the continent, which further fuel the systemic, existential crises we face globally.

Development interventions to date have and continue to reinforce indebtedness, inequalities and social exclusion. They deepen dependency on destructive, short-sighted and short-lived fossil fuel and capital intensive projects, and global agricultural and forest value chains, which all contribute to creating conditions for extreme vulnerability to shocks, including but not limited to the COVID-19 pandemic.

Rapid and unplanned urbanisation, with the consequent shift in the labour force from largely food producing to non-food producing jobs, and a rising African middle class, is affecting rural land use and changing our food systems. The rapid erosion of Africa’s culture coincides with the degradation of our soils, which is becoming a major issue affecting the livelihoods of many, while the growing retail/supermarket sector is also destroying and displacing local food systems and local markets.

Yet Africa remains essentially a continent of smallholder food producers. Solutions will only work for Africa if they work for millions of farmers, pastoralists, fisherfolks, indigenous communities, custodians of nature, and women and youth in the food system. Hence, how Africa will feed itself in a situation of rapidly changing, catastrophic and chaotic climate change, and in a manner that heals nature and cools the planet, is one of our most urgent and pressing survival questions.

About 20% of Africans – more than 250 million people – go to bed hungry every night. At the same time, industrial ultra-processed foods and sweetened beverages have penetrated African markets – many of which are high in sugar, salt, saturated fats and preservatives, thus contributing to the spread of non-communicable diseases, such as diabetes, cardiovascular diseases, and cancer. This has also contributed to a major rise in excess weight and obesity, with the rate of overweight children under five having increased by nearly 24% since 2000. And affected populations are more vulnerable to COVID-19.

Fiscal policies and regulations, such as sugar taxes, labelling of unhealthy foods, and restricting marketing, often face strong opposition from large food companies that dominate markets. Thus, Africa faces a triple burden of hunger, malnutrition, and obesity and ill health from poor quality food. Clearly, the people of Africa are facing a multitude of intertwined crises linked to changes in our farming and food systems.

Even so, Africa has much to offer its citizens and to the world. With appropriate redirection of policies and investment, the wealth of our seed, agrobiodiversity, land, vibrant cultures and nature can contribute to solving the food crisis affecting so many of our people.

The answer lies in our collective ability to effect holistic and systemic transformation of our food systems. Such a fundamental transformation would tackle the climate crisis, lift millions out of chronic poverty, help our people defeat hunger, nurture a healthy life for all, revive vibrant cultural practices, address structural inequality, and rejuvenate the biosphere.

We are deeply concerned that the current rushed, corporate-controlled, unaccountable and opaque process for this UNFSS will not lead towards the transformation we envision of revitalised, sustainable and healthy food systems. A summit geared towards repeating the agri-business-as-usual model to solve the food and climate crisis cannot deliver on this visionary future.

The current multi-stakeholder approach and structure of the UNFSS give major influence over our food system to a few corporations and philanthro-capitalists, many of whom are part of the problems. We are profoundly concerned that the UNFSS will be used as a conduit to echo the business-as-usual, quick-technofix policy prescriptions of the agribusiness agendas.

The science is clear. Climate chaos, land-use change and erosion, and alarming biodiversity loss are the biggest existential threats to all life forms on Earth. The industrial food chain and corporate concentration around food and agriculture is the primary driver of many of the underpinning crises that humanity faces today – including health, hunger, malnutrition, deforestation, land degradation, loss of soil fertility, structural injustice and inequality.

Nothing short of a fundamental rethink of our food systems will reverse the trajectory of chaos and crises. Incremental change is no longer enough. “Agriculture at the Crossroads,” the 2009 report by the International Assessment of Agricultural Knowledge, Science and Technology for Development (IAASTD), clearly indicated more than ten years ago that the future of the food supply lies in the hands of smallholder and peasant farmers. That report is still relevant today, with several of its authors having issued a follow-up earlier this year titled “Transformation of Our Food Systems: The Making of A Paradigm Shift”.

Agroecology is an alternative bottom-up paradigm that fundamentally addresses the nexus of environmental, economic, cultural and social regeneration in agriculture and overall food systems. AFSA, as part of the food sovereignty movement, stands in solidarity with peasant/family farmers, indigenous peoples, pastoralists, fishers and other citizens to exercise their fundamental human right to determine their own food and agricultural policies. AFSA stands in solidarity with thousands of farmers’ organisations and social movements worldwide to push for this holistic vision of a transition to agroecology and food sovereignty. We believe embracing agroecology is the right path to restore the damage done to our nature and cultures, cool the planet, feed the increasing population, fix the nutrition and health crisis, and build fair and just economies and thriving livelihoods. We demand that agroecology is put at the centre of the recommendations coming from the FSS.

The current UNFSS process gives little space to traditional ecological knowledge, the celebration of traditional diets and cuisine, and the social sciences, which are critical for the future of our food system. Indigenous and local community Africans have experience and knowledge relevant to the current and future food system. Any process or outcome that does not recognise this is an affront to millions of African food producers and consumers.

Therefore, AFSA must see the following conditions fulfilled before we engage with the summit:

Members of the Alliance for Food Sovereignty in Africa 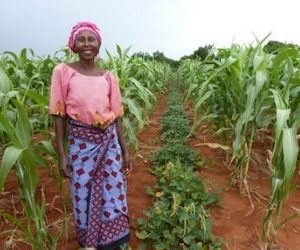 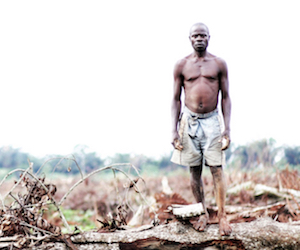 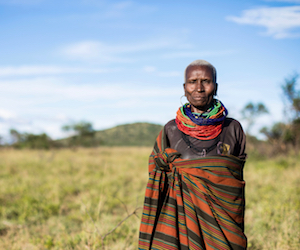 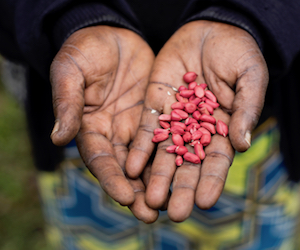 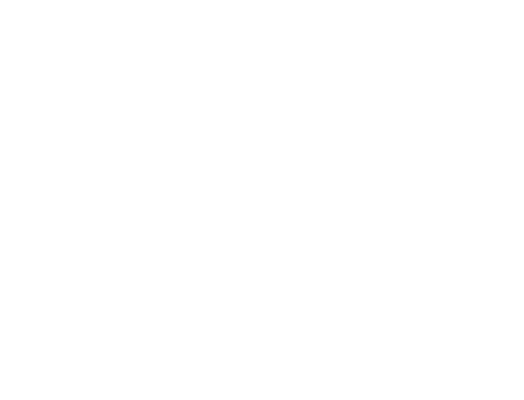 SHAPING THE FUTURE OF FOOD MARKETS IN AFRICA: WHAT KIND OF MARKETS DO WE NEED FOR THE TRANSITION TO AGROECOLOGY?

From 27 to 29 October 2020, AFSA held its third Biennial Food Systems Conference and Celebration. Due to the COVID-19 pandemic in 2020, AFSA decided to hold this conference virtually. The [...]

[Kampala, Uganda, April 20, 2021] – The Alliance for Food Sovereignty in Africa (AFSA) is pleased to officially launch a three-day social media campaign on Agroecology for a Just Food System and [...]

Food sovereignty in times of pandemic

By the time the WHO (World Health Organization) declared on January 30, 2020, that COVID19 was an international public health emergency, no one imagined the magnitude of the damage this disease [...]

Keep up to date with all our latest news and events by entering your details below and signing up to our newsletter.