Countries in Africa continue to increasingly experience climate change and variability with vast threats to agriculture and food production. According to the IPCC 2013 report, all four dimensions of food security (food availability, access, utilization and stability) are potentially affected by climate change. These impacts will be high in areas where low yields go hand in hand with poverty and in areas where households are highly dependent on rain fed agriculture.

Africa is clearly the continent most vulnerable to climate change effects. Already the hottest continent, Africa is expected to warm 1.5 times faster than the global average, according to the UN’s Intergovernmental Panel on Climate Change (IPCC) – the recognized global authority on climate science. With around 70% of Africa’s population dependent on rain fed farming, hundreds of millions of people do not have the same safety net afforded those in wealthier, industrialized nations. Climate change also affects livestock and fish breeding and migratory patterns (OECD) impacting the livelihoods of millions of pastoralists and fishers.

It is therefore not surprising that climate change is increasingly recognized as one of the major economic, environmental and social challenge of our times. Scientists, policy makers, farmers and researchers alike are acknowledging the challenges of climate change to food production, the environment and human life. Africa suffers the injustice of being the continent hardest hit by climate change, while contributing the least to its cause –accounting for less than 4% of the world’s annual greenhouse gas (GHG) emissions.

With increasing evidence that climate change impacts food security and other aspects of human life, there is need for clarity on how to address such impacts. While the urgency of dealing with climate change has been acknowledged by governments, many of the proposed solutions increase pressure on small scale food producers to take up new initiatives such as Climate Smart Agriculture, using hybrid and GMO seed, and increasing the use of chemical inputs.

We see these as false solutions which act largely to the detriment of food sovereignty, environmental conservation and livelihoods, and are ultimately likely to worsen the impact of climate change by further degrading the soil, destroying biodiversity and using chemical fertilizers, generating even more greenhouse gas emissions. Meanwhile, big companies especially from developed countries are given a pass to pollute by offsetting their contribution to climate change through carbon credits earned from REDD+ projects.

Research: Climate research priorities and funding tend to be more focused on new technologies to deal with mitigation – aimed at reducing emissions. Research needs to be undertaken towards strengthening the resilience of food producers including small scale farmers, pastoralists and fisher folk to the impacts of climate change. More research funding should also be directed towards scaling up of existing proven technologies at the local level.

Raising consumer and public awareness:There’s need to educate people on the challenges around some of the proposed solutions especially pertaining to Climate Smart Agriculture and at the same time on sustainable agriculture practices that we are promoting through agroecology.

Building the movement: There’s need to mobilise African citizens to take action in calling their national governments to develop climate change policies and legal frameworks that support sustainable agriculture practices. Mobilization of communities also need to happen to popularize the concepts of agroecology as a solution to climate change. 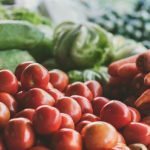 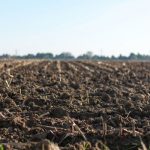