Land is the most important asset for countries and households that depend on agriculture for their livelihoods. Access to land is a basic requirement for farming and control over land is synonymous with wealth, status and power. In a continent where almost 70% of the population depends on agriculture, there is a real need to secure inclusive and sustainable access, use and control of land. This vision of fair and inclusive land management is facing various challenges which AFSA is working to overcome.

Africa has diverse landscapes, ecologies and climatic zones. These range from the arid deserts of the Sahara-Sahel, Kalahari and Namib, to the extensive savannahs of West, Central, East and Southern Africa. They vary from the belt of the tropical forest spanning the middle of the continent to highland terrains, vast lakes, riparian areas and coastal plains. Rather than being a challenge, this diversity has been used to sustain food sovereignty in the continent for centuries. Diverse livelihood systems have developed to fit with the diversity of these ecosystems. They include nomadic pastoralism, silvo-pastoralism, harvesting forest products, undertaking shifting cultivation, sedentary farming, fishing or combinations of the above. These livelihood systems have depended on managing and nurturing land and natural resources sustainably from generation to generation. Land is thus deeply valued by many African societies, not just as an economic asset, but also as a source of cultural identity and spiritual reverence.

During the 18th and 19th centuries, the colonial period, large parts of Africa’s terrain were appropriated for commodity crop production to benefit the colonial state, displacing millions of people, or putting them to work as laborers on their own land. Furthermore, the traditional ties between societies and their ancestral domains were disrupted by the imposition of artificial administrative and political boundaries, changing the way people were able to use the land. A variety of Western laws, political, administrative and economic management systems were grafted onto a diverse range of indigenous economic and cultural practices, leading to the dualistic land rights and land administration regimes in place now: a customary law land tenure which varies from one community to another, and a registration system that guarantees individuals’ definitive and unassailable right of ownership over defined portions of land.

These dualistic land rights and land administration regimes had at least two effects. On one side it enabled a rush for African land, what we now refer to as ‘land grabbing’. Indeed, when land administration systems are not clear, they open many windows for players to get in. Traditional leaders and owners hasten to sell the land to avoid the risk of it being seized by the state. Or the state authority, on the pretext of investment or food security, gives large tracts of land to land grabbers without real consultations with communities. On the other side, it negatively affected African food security and sovereignty as, due to uncertain land control, integrated land management is gradually being abandoned by communities. The policy of “everyone for himself and God for all” then sets in motion the tragedy of the commons. Production areas are weakened, soil and forest productivity falls, and food insecurity is established. The dominant narrative nowadays is that Africa is a continent of hunger, where food production is weak, small and unstable, and where the big majority of the population are poor.

The attractiveness of African land to both domestic and foreign “investors”, coupled with vague, overlapping and often poorly enforced land laws, has left rural communities across the continent vulnerable to land grabs. Powerful private investors working in conjunction with local business and political elites have been identified in several reports as the main actors. Women and youth, who were already disadvantaged in land access and control, are facing the worst impacts of this on their livelihoods.

As a response to this chaotic situation, various international institutions and some African governments, under pressure from civil society organizations, developed and promoted land governance frameworks and mechanisms. Despite the goal of bringing back communities’ land rights, these land governance mechanisms seem to still give priority to large scale land based investments (LSLBI).

Evidence: Identification and documentation of Community Land Use Management Systems that are sustainable and inclusive, taking gender issues into account. Critical analysis of the implementation of land governance
policies at regional and country levels.

Raising Public Awareness: While most stakeholders fighting land grabbing just denounce it, AFSA will promote communities’ solutions with regards to the 2063 AU agenda, SDGs and the Paris Agreement on climate. Across the continent people and institutions will hear a positive narrative of community land use and management systems.

Building the Movement: Provide information, skills and tools to community land rights defenders to connect each other, to engage land governance debates and to critique land laws/policies at various levels

Policy Advocacy: International, continental and regional (RECs) platforms are the targeted spaces AFSA uses to advocate for land policy/law changes. Member networks, grassroots organizations and partner CSOs will be provided with opportunities to advocate by themselves. 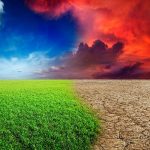 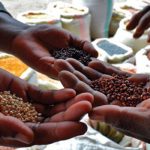