Thousands of families violently evicted from their farms to make way for foreign-owned plantations in Kiryandongo, Uganda, says new report

The findings are contained in a report conducted by three organizations – Witness Radio – Uganda, Alliance for Food Sovereignty in Africa (AFSA) and GRAIN that operate in the areas where thousands have been evicted and more at the verge of losing their land under the guise of development by foreign companies.

Gross human rights violations have been meted out on natives by the three investment companies who are using the law enforcement bodies and private security firms among others to forcefully evict the bonafide occupants, unlawfully arrest, detain and harass the native communities.

“They robbed us and evicted us with guns,” says 60-year-old Florence Nassaka, a resident in Canaan village who was evicted by Agilis Partners. “What kind of development did they bring? Do they give us some of that maize that you see there? Try walking into that maize farm and pick just one maize cob, see what will happen to you! It is only for the white man. The worst thing is that the authorities in Kiryandongo did not help us at all; they just ate the white man’s money and moved on.”

Nassaka is one of the many natives who have tasted the wrath of these multinationals with nowhere to run to for justice. Their tormentors work with authorities leaving them with nowhere to turn to.

The land grabs are happening on abandoned national ranches, which have long since been settled and farmed by people who came to the area fleeing internal civil wars and natural calamities in neighbouring areas. The local people are being displaced without court actions, no consultations, no valuation of properties on the land or find victims alternative land for settlement.

Kiryandongo is a farming community, many families here provided food for markets in Kampala and were self-sustaining with their agriculture, today, the local food system has changed. The evictions have forced the community members to buy food from the market. Their food sovereignty is threatened and hunger prevails.

Kiryandongo Sugar Limited was the first to arrive in 2017, with its large 2,400-hectare sugar cane plantation project. Company registration documents demonstrate that the company is owned by members of the Rai family, who, through their Mauritius-based holding company, Rai Group, own numerous sugar companies and other forestry and agribusiness companies across Eastern and Southern Africa.

Soon after, two other companies came: Great Season SMC Limited, a Dubai-based company reportedly owned by Sudanese businessmen that is building a coffee plantation on 1,165 hectares, and Agilis Partners, a company owned by US businessmen and backed by several foreign development agencies and “social impact” investors that is establishing a large-scale grains farm on around 3,850 hectares. An estimated 35,000 people are being evicted to make way for these three plantation projects. These people are being forcefully evicted without notice or alternatives, and all of this is done at gunpoint!

On behalf of other partners. 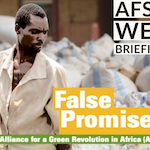 A Briefing on AGRA’s False PromisesNews 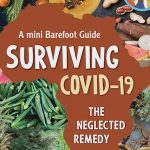