More than a decade after a renewed push for an African Green Revolution began in earnest, and after a decade of program implementation by the Alliance for a Green Revolution in Africa (AGRA), there is an urgent need to examine whether or not there is evidence of a green revolution underway.  AGRA’s stated goals are to double yields and incomes for 30 million farming households by 2020. Despite millions of dollars spent by AGRA since 2006, few comprehensive evaluations of AGRA have been made available. An additional USD 30 billion was recently pledged at the African Green Revolution Forum to continue AGRA’s work and help launch the organization’s new strategic vision, without a clear understanding of how effective AGRA has been in increasing agricultural productivity and adoption of green revolution technologies and reducing poverty and malnutrition in the countries over the past decade.

Lessons learned from the Green Revolution of the 1960s and 1970s, which succeeded primarily in Asia and Latin America, should serve as an important reminder of both the unintended consequences of Green Revolution technologies and processes and the large role that governments played where success was achieved. With that in mind, this assessment focuses on the extent to which there is evidence of a green revolution in agriculture in AGRA’s target countries, in terms of both increased productivity of staple food crops and technology adoption. This is achieved by looking broadly across all 13 of AGRA’s initial focus countries using national-level data, in conjunction with in-depth case studies of three AGRA countries using nationally representative household survey data and peer-reviewed research.

Overall, we find little evidence that AGRA is achieving the productivity and income gains necessary to meet its targets. Where there is evidence of progress, we find it primarily in countries that support technology adoption through government-sponsored agricultural input subsidy programs (FISPs), rather than countries with large AGRA investments and emphasis. 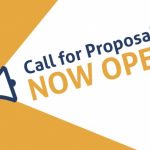