African civil society and faith leaders say rebranding the Green Revolution is no solution: We need Agroecology for food and climate action.

The double rebrand sees the name of the African Green Revolution Forum changing to “Africa’s Food Systems Forum”. At the same time, the Alliance for a Green Revolution in Africa now insists that it will be known only by its acronym AGRA, without the words “green revolution” in its name. Both organs of the Green Revolution are attempting to distance themselves from the failed industrial agriculture project while essentially continuing with business as usual.

Civil society and faith leaders were quick to denounce the cosmetic change.

“AGRA is just putting new labels on the failed policies of the past,” said Anne Maina of the Biodiversity and Biosafety Association of Kenya. “After 16 years and one billion dollars, we say AGRA’s time is up! Donors should pull the plug on AGRA.”

“We demand not a rebranding of AGRA, but an end to funding harmful green revolution programs,” said Gabriel Manyangadze of Southern African Faith Communities’ Environment Institute. “What we need now is a Green Restoration.”

The Alliance for Food Sovereignty in Africa soundly rejects AGRA’s new strategy, announced last month, which promises a continuation of many of the same failing approaches.

“AGRA propagates this idea that African farmers don’t produce enough food because they don’t use enough chemical fertilisers,” said AFSA coordinator Million Belay. “This might be true for some farmers till they transition to agroecology but the implication is that if we pump soils and plants with agrochemicals, we will grow more food. But we know what that means in terms of polluting the soil, making farmers dependent on external inputs, compromising the health of farmers and consumers, robbing farmers their right to food, and vulnerability to climate change.”

An analysis of AGRA’s new five-year strategy for 2023-27, with its $550 million budget, shows that the organisation is doubling down on its efforts to promote commercial seeds and fossil-fuel-based fertilisers and pesticides and to enact policy reforms that threaten peasant seed systems and the right to food. The strategy makes no commitment to improved yields, incomes, or food security for small-scale farming households.

The food and climate crises compel Africa to turn away from Green Revolution practices that undermine small-scale farmers’ ability to adapt to a rapidly changing environment. As Africa hosts the COP27 climate talks in November, we see that AGRA has sorely disappointed Africans suffering the effects of the climate crisis. Africa must shift away from dependency on imported food and fossil=fuel technologies and reduce vulnerability to historical and current crises generated outside Africa’s shores, including climate change, conflicts, pandemics and neo-colonialism.

Kenyan farmer Ferdinand Wafula was emphatic in his plea, “We urge policymakers, governments, and donors to provide more funding to agroecology, which offers clear solutions to nutrition challenges, the climate crisis and escalating prices.”

A year ago, 200 organisations signed on to an AFSA letter demanding that donors withdraw support from AGRA. Some of AGRA’s donors are reducing their contributions, leaving the lame-duck AGRA project as a de facto wholly owned subsidiary of its primary funder, the Bill & Melinda Gates Foundation, which quickly pledged $200 million for AGRA’s five-year plan.

AFSA continues to call on donors and African governments to shift funding away from a Green Revolution strategy and toward proven agroecological alternatives. Agroecology is a people-centred system of sustainable agriculture and a social justice movement driven by local farmers and other food producers to maintain power over their local food systems, protect their livelihoods and communities, and defend every African’s right to nutritious and diverse food. Uniting generations of indigenous knowledge, farmer-driven and science-based innovation, and an ecosystem’s natural processes, agroecological food systems can adapt to and help solve the climate crisis. Farmers, pastoralists, fisherfolk, indigenous peoples and local communities use agroecology to steward their land sustainably, produce nourishing food that celebrates cultural heritage, and strengthen local markets and economies.

AGRA retreats from its own “Green Revolution” | Transition Studies

[…] Kalibata acknowledged the change, saying only, “We have been many times misunderstood.”The Alliance for Food Sovereignty in Africa issued a statement October 25 calling the changes “cosmetic,” “an admission of failure” by the Green […] 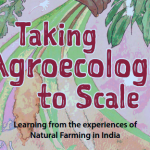 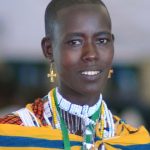