In June 2021 AFSA wrote to major institutional donors including the Rockefeller Foundation, Bill & Melinda Gates Foundation, and the governments of USA, UK, Norway, Germany, Canada – calling on them to provide evidence of AGRA’s success and to shift their political and financial support to sustainable, resilient and culturally appropriate agroecological approaches.

Very few responses were received, and none provided any hard evidence that the billion dollar AGRA spending spree had achieved any of its stated aims to double the agricultural yields and incomes of 30 million small-scale food producer households by 2020, thus halving hunger in the 11 focus countries.

Here is the text of the letter.

We are writing as an African alliance of civil society actors. Our member networks represent millions of African citizens in 50 countries. We wish to bring to your attention our concerns about your continued support for the Alliance for a Green Revolution in Africa (AGRA).

We ask you as a funder of AGRA to urgently reconsider your commitment to AGRA and the Green Revolution agenda and shift the focus of your support to sustainable approaches that can really make a difference. We also request that you kindly provide evidence of AGRA’s success, both to demonstrate aid effectiveness and to justify your investment of public funds.

AGRA was founded in 2006 with a productivist, market-based approach to agricultural development centred on expanded use of commercial seeds and chemical fertilizers. AGRA’s main promises were to double the agricultural yields and incomes of 30 million small-scale food producer households by 2020, thus halving hunger in the focus countries.

The report “False Promises – The Alliance for a Green Revolution in Africa (AGRA)”revealed that yield increases for key staple crops in the 12 years AGRA operated were low, little higher than in the period before AGRA. Instead of halving hunger, the situation in the 13 focus countries has worsened since AGRA was launched, with the number of people going hungry increasing by 30 per cent during the AGRA years – before the COVID pandemic began. The study also showed that AGRA had harmed many small-scale food producers in Zambia and Tanzania who could not repay the loans for fertilizer and hybrid seeds after the first harvest. AGRA’s enforced shift from nutritious and hardy small grains like millets to mono-crop commodity maize farming was bad for soil, diets, and agrobiodiversity.

Despite repeated requests from three AFSA member organizations, AGRA failed to provide evidence of impacts[1]and declined to share outcomes surveys and the mid-term evaluation of its 2017-2021 strategy. Some documents were eventually secured through Freedom of Information Act requests, but remarkably they provided no evidence that AGRA is making progress in improving yields, incomes and food security for African farmers. In fact, the documents deepen our concerns about accountability because they make no reference whatsoever to AGRA’s first ten years of activity. Thus far, the Bill & Melinda Gates Foundation has declined to publish or provide its 2016 evaluation of AGRA, which might provide some of that evidence. Stonewalled by AGRA’s lack of accountability and transparency, we turn to you, AGRA’s funders, for answers.

AGRA celebrated its work to change African government policy as a success, reforming seed policies and biosafety regulations to increase the access of commercial seed providers to African markets, including GMOs. While questioning whether influencing African policy is a legitimate activity for a USA registered non-profit organization, we believe that such seed policy change is harmful. It often undermines crop and diet diversity while increasing farmers’ dependence on expensive fossil fuel based external inputs, and weakens citizens’ protection against harmful technologies.

The AGRA approach has failed on its own terms: to double the agricultural yields and incomes of 30 million households and halve hunger by 2020. AGRA now needs donors to replenish its coffers for what has proven to be an ineffective and long outdated approach. The UN HLPE 2019 report on Food Security and Nutrition documents the critical importance of agroecology. Here in Africa, ECOWAS, with the help of the FAO, has launched a 10 year program to scale out agroecology. Evidence is mounting for the role that agroecology can play in responding to Africa’s food, land degradation and climate crises. The need for spreading and scaling agroecology is urgent.However, two[2]major collaborative studies[3]highlight how the imbalance of funding flows to African agricultural research and development, with minimal support to agroecology, is holding up real transformation.

In line with the False Promises report, we specifically recommend that donors:

We humbly repeat our request that you provide substantive evidence of the efficacy of your investment in AGRA, referring particularly to AGRA’s top-level goals on productivity, hunger and poverty reduction. Failing that, we request that you urgently reconsider your commitment to AGRA and its unaccountable Green Revolution programme, and shift your political and financial support to sustainable, resilient and culturally appropriate agroecological approaches. 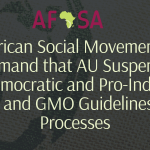 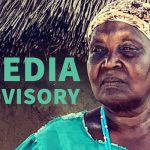