The Alliance for Food Sovereignty in Africa (AFSA) today launches the Agroecology for Climate Action (#A4CA) Campaign at the Africa Climate Week in Accra, Ghana (18th-22nd March, 2019) calling upon all stakeholders to push for Agroecology as a viable adaptation and mitigation solution to climate change.

The campaign aims to place agroecology as a key policy response to the climate change that is negatively impacting the economic, social and ecological life of Africa and Africans. The campaign will reach 7 million African citizens over the course of two years. Citizens will be mobilized and policy makers targeted in 10 African countries: Senegal, Togo, Kenya, Uganda, Zambia, Malawi, Ethiopia, Ghana, Benin and Cameroon.

AFSA Chairperson Mariann Bassey-Orovwuje emphasised the severity of the challenge: “Africa suffers the injustice of being the continent hardest hit by climate change while contributing the least to its cause. Climate change is already a living reality for many millions of African farmers, pastoralists and fishers, as droughts, rangeland degradation and ocean temperature rises threaten livelihoods and weaken food security. Women, children and young people are often the first to suffer the impact.”

Agriculture is one of the foremost emitters of greenhouse gases and yet potentially one of the frontline solutions to climate change. Global food systems generate one-third of all greenhouse gases (GHGs) and account for 75% of global deforestation. Much of this is linked to industrial food systems which are degrading the environment, destroying biodiversity and reducing farmers’ livelihoods.

AFSA Coordinator Dr Million Belay explained, “With only a few years remaining to slow down, stop and turn around this existential crisis, we have no time to waste. This campaign aims to insert agroecology as a key climate change mitigation and adaptation strategy in ten African countries’ official climate plans.”

The campaign urges stakeholders to act now. Specifically, we call upon:

AFSAhas emerged as the continental voice for food sovereignty, driving the transition to agroecology in Africa. Following a year of debate and discussion, AFSA’s vast membership across 50 countries is now aligned as one behind this campaign, and committed to collective action to place agroecology firmly at the center of Africa’s policy response.

Africa Climate Week, organised by the United Nations Framework Convention on Climate Change (UNFCCC) and partners, brings together diverse actors from the public and private sectors and will be instrumental in demonstrating that there is genuine international support for stepping-up climate action. Specifically, the event will focus on how engagement between Parties to the UN-led international process to address climate change and non-Party stakeholders can be further strengthened in key sectors for Africa, including energy, agriculture and human settlements. Africa Climate Week 2019 aims to be a wholly inclusive, ‘go-to’ hub for showcasing ground-breaking action in the region, particularly in the lead-up to the United Nations Secretary-General’s Climate Summit in September 2019. To that end, the goal of Africa Climate Week is to provide encouragement to the implementation of countries’ Nationally Determined Contributions under the Paris Agreement and climate action to deliver on the 2030 Sustainable Development Goals.

Download a pdf copy of the press release here. 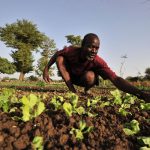 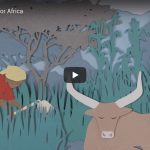 Agroecology for Africa = 5-minute animated film explains why agroecology is right for Africa and shows its massive contribution to attaining the Sustainable Development Goals (SDGs).News