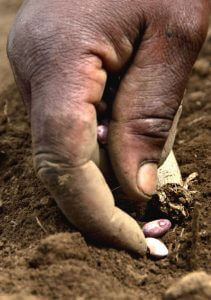 The African Regional Intellectual Property Organization (ARIPO) continues to pointedly exclude African civil society and farmer representation from its meetings, in blatant disregard of principles of good democratic governance and participation as emphasized in multiple International Treaties and UN Human Rights guidance. This is going on despite public assurances by the ARIPO Secretariat to ensure greater public participation. It appears that the Secretariat is hell bent on pressurising its 19 member States to operationalize a draconian regional intellectual property law that offers extremely strong protection of breeders’ rights and that threatens Farmers’ rights and sustainable agricultural development in the ARIPO region.

ARIPO member states are due to meet this coming week to discuss and approve highly controversial and contested draft regulations meant to implement its draconian regional harmonised plant variety protection law, the Arusha Protocol for the Protection of new varieties of plants (The Arusha Protocol). AFSA and its members, the African Centre for Biodiversity, PELUM Zimbabwe and Commons for EcoJustice, have made numerous appeals to the Secretariat for access to the ARIPO meetings, with all of these appeals being unacknowledged and ignored. This behaviour on the part of the Secretariat has become standard fare over the past few years.

African Centre for Biodiversity’s Director, Mariam Mayet, said: “The Protocol and the draft regulations are not the result of an evidence based and transparent process, but rather the result of a process dominated by foreign entities acting on behalf of the powerful seed industry of developed countries i.e. the International Union for the Protection of New Plant Varieties (UPOV), the European Community Plant Variety Office (CPVO), the United Stated Patent and Trademark Office (USPTO), the World Intellectual Property Organization (WIPO) and the French National Association for Seeds and Seedlings (GNIS)”.

AFSA and its partners have raised serious concerns with both the Arusha Protocol, and its draft Regulations. The Protocol grants extensive breeders’ rights with extremely narrow exceptions with regard to the use of farm saved seed by farmers, making ARIPO member countries less competitive from the standpoint of agricultural development.

Bright Phiri, Legal Advocate at Malawian NGO Commons for EcoJustice warns: “It is weighted heavily against the interests of farmers, especially small-scale farmers in the ARIPO region. It totally undermines the implementation of Farmers’ Rights as enshrined in the International Treaty on Plant Genetic Resources for Food and Agriculture (ITPGRFA).” He added that the Protocol lacks safeguards against misappropriation of local plant genetic resources. Its restrictive framework also further exacerbates concentration of and monopolisation by the global seed industry – where three mega corporations will soon control 60% of the global seed and agrochemicals market.”

The Arusha Protocol also hands over significant authority and powers with regard to the administration of PVP to the ARIPO Secretariat, which has no knowledge or experience in PVP matters. This raises concerns about the extent to which the ARIPO Secretariat can trump national sovereignty, in particular the freedom of governments to take decisions in their national interests given the importance of agriculture to the region.

The United Nations has flagged the Protocol as a threat to human rights, biodiversity and farmers’ resilience. Dr. Hilal Elver, the UN Human Rights Council’s Special Rapporteur on the Right to Food, wrote an open letter to ARIPO Members raising concerns about the Arusha Protocol and its related regulations and calling upon its members to protect the rights of farmers. The open letter spelled out the risks posed by the Protocol:“The Protocol will negatively impact on the traditional practices of African farmers, in particular freely using, saving, exchanging and selling farm-saved seed and propagating material. These practises, which are the backbone of agricultural systems in Sub-Saharan Africa, have ensured access to and the maintenance of a diverse pool of genetic resources by farmers themselves. Such diversity is key to ensuring food security, long-term sustainability and providing farmers with resilience to natural disasters and the negative effects of climate change.”

The UN Special Rapporteur strongly urged ARIPO Member states to refrain from endorsing and/or ratifying the Arusha Protocol and adopting the draft regulations for its implementation and to begin a new process that is transparent, evidence based and inclusive of civil society and smallholder farmer representatives to overhaul the Protocol and the draft regulations and to develop a new legal framework that is appropriate for the agricultural system that prevails in the ARIPO region, and which reflects the needs and interests especially of farmer managed seeds systems in the ARIPO region.

The Alliance for Food Sovereignty in Africa calls on the 19 ARIPO member States to wake up to the dangers of this flawed process; to scrap the externally-driven and damaging Arusha Protocol; and to recognise that the future of African food systems lies in working together with and supporting African food producers to provide sustainable African solutions.

See PDF of Press Release below:

OPEN LETTER: Do not allow Africans to be used as guinea pigs for untested high-risk new GM technologyNews 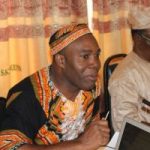