Throughout the world, farmers play a significant role in producing, selecting, managing, and conserving plant resources. In Africa, where smallholder farmers are still the overwhelming majority, women on smallholder farms play a critical role in enhancing household food and nutrition security. They have extensive knowledge of plant species’ food, fodder and medicinal properties. Until recently, and still today, most sovereign African farms are characterised by the great diversity of their species. How African communities manage seed and crop biodiversity – farmer-managed seed systems (FMSS) – need to be enhanced and improved.

Unfortunately, FMSS is rejected by policymakers as an outdated practice to be replaced by the industrial seed system that promotes uniformity through highly commercial hybrid and GMO seeds. Changes in national and regional legislation through the harmonisation of seed laws and introducing new PBR protection for commercial breeders undermine farmers’ control over their seeds and, thus, their food security.

The AFSA Seed Working Group identified the need to strengthen and advocate for FMSS as the dominant seed system in Africa and to develop and drive policy change based on this. In advocating for FMSS, AFSA has also identified the need for different actors, especially those advocating for policy change, to better understand the current policy and legal frameworks in relation to the related regional economic community (ECOWAS, CEMAC, SADC). With this understanding, they can better identify gaps and advocate for the inclusion of FMSS.

In addition, these maps identify existing threats and opportunities for promoting biodiversity and farmer seed systems.

These reports are produced in the framework of a long-term project under the overall theme of agrobiodiversity for improved food security and nutrition. In this project, Swissaid, FIBL and AFSA are in a consortium and work closely with well-represented national stakeholders: farmers’ organisations, civil society organisations and research institutions. 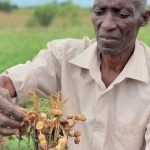 Proposed legal framework for the recognition and promotion of farmer managed seed systems and the protection of biodiversityNews, Publications, Seed Sovereignty 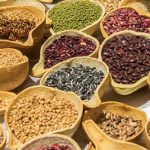