Farmers in Africa are the custodians of centuries-old knowledge about seed, agriculture, and ecology. Each seed is a legacy of power, heritage and divine rights. While farmers’ seed varieties are still common, corporations are systematically stripping farmers of their rights to save and exchange them. Governments in Africa increasingly succumb to this pressure to privilege corporatized GMO and hybrid seeds, at the expense of indigenous African seeds. This erasure of farmers’ seeds is an attack on culture, and on entire foodways across the continent.

The Alliance for Food Sovereignty in Africa (AFSA) is pleased to announce SEED IS POWER —a Pan-African grassroots campaign to assert African seed sovereignty and resist the corporatization of seed. This campaign includes a three-week social media campaign starting June 6th, a release of six short films, and the final SEED IS POWER rally on June 26th, 3PM-8PM EAT.

We call on audiences in Africa, the diaspora and all across the world to rally around farmers fighting for their sovereignty.

PRESS CONTACTS: Please reach out if you would like to cover this story and the stories of groups in Africa. Famara Diédhiou: famara.diedhiou@afsafrica.org & Dimah Mahmoud: dimah@agrowingculture.org

SEED IS POWER is a collaboration between A Growing Culture and AFSA. AFSA comprises more than 30 African civil society organizations and echoes the voices of 200 million family farmers, pastoralists, fisherfolk, faith-based groups and Indigenous communities in the fight for food sovereignty and agroecology. 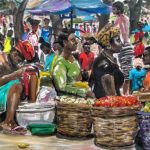 SHAPING THE FUTURE OF FOOD MARKETS IN AFRICA: WHAT KIND OF MARKETS DO WE NEED FOR THE TRANSITION TO AGROECOLOGY?Agroecology, Food sovereignty, News, Press Release, Publications, Seed Sovereignty 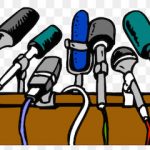