The Alliance for Food Sovereignty in Africa is pleased to declare September as Agroecology Activism Month and commence a one-month social media campaign themed “AGROECOLOGY WORKS!”

The campaign aims to emphasize the importance of transitioning to agroecological food systems and urge for increased efforts to scale up agroecology in Africa for a just food system transformation.

September is a critical month for African social movements fighting for food sovereignty and agroecology to end hunger, restore biodiversity, adapt to climate change, build resilience, and defend human rights for all Africans.

On September 23, the United Nations will host a virtual Food Systems Summit. The summit was expected to respond to a worldwide demand for fresh ideas and decisive measures to move away from the industrial food system and embrace agroecological-based solutions for healthy, sustainable, fair, and resilient food systems.

However, multinational corporations have captured the peoples’ vision when many Africans are suffering impending hunger and extreme poverty in the face of climate change and other social and environmental crises.

As a result, AFSA launched the inaugural AFSA AFRICA AGROECOLOGY AWARD to promote agroecology in Africa by honoring outstanding leaders and championing initiatives that are paving the way for Africa’s agroecological transformation. In November, the winners will be honored in a virtual award ceremony.

To this end, the social media campaign offers a unique opportunity to serve as a Pan-African digital platform for showcasing the efficacy of agroecology, highlighting the significance of recognizing and honoring best practices in order to scale up agroecology in Africa.

Bridget Mugambe, AFSA Program Coordinator, said, “The campaign will be launched on September 6, the same day that AGRA (Alliance for Green Revolution in Africa) holds its annual fundraiser in an attempt to extract more money from its donors, boost their image, and conceal the fact that they have failed to fulfill any of their promises about “feeding Africa” over the last several decades.”

The campaign’s hashtag is #AgroecologyWorks, emphasizing the critical need to refute prevailing narratives and reject false solutions to feed Africa and the world.

AFSA cordially invites you to join the campaign and amplify the voice for smallholder food producers in Africa!

About the Alliance for Food Sovereignty in Africa:

Alliance for Food Sovereignty in Africa (AFSA) is the continental voice for food sovereignty and agroecology in Africa. It is the largest network of networks in Africa whose members have a combined reach of around 200 million Africans. Its membership embraces farmers, indigenous communities, pastoralists, hunters and gatherers, fisherfolk, consumer networks, women and youth networks, faith-based and civil society organizations.

[…] Agroecology Works: Scaling Up Agroecology in Africa for a Just Food System Transformation. […] 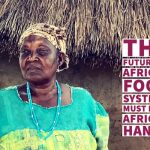 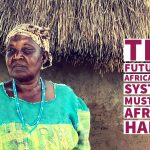